Sea-level rise from Thwaites Glacier in West Antarctica was the subject of a special briefing to the All-Party Parliamentary Group for the Polar Regions in the Palace of Westminster, hosted by MP James Gray, on Wednesday 12 June. Around 50 parliamentarians and policy makers involved in polar affairs attended the afternoon briefing by Principal Investigators of the International Thwaites Glacier Collaboration (ITGC), which is funded by NERC and the US National Science Foundation.

Phil Heads from NERC explained why the UK felt it is important to reduce the uncertainty on how Thwaites Glacier will contribute to future sea-level rise. The UK and US PIs, David Vaughan from British Antarctic Survey, and Ted Scambos from University of Colorado, explained how governments will need to adapt to sea-level rise, and how ITGC will better understand the contribution from West Antarctica. Karen Heywood from University of East Anglia showed some of the robotics the teams will use to access previously unexplored parts of the glacier. Doug Benn from University of St Andrews explained how the modellers will try to predict what will happen in the future, especially if the glacier collapses. 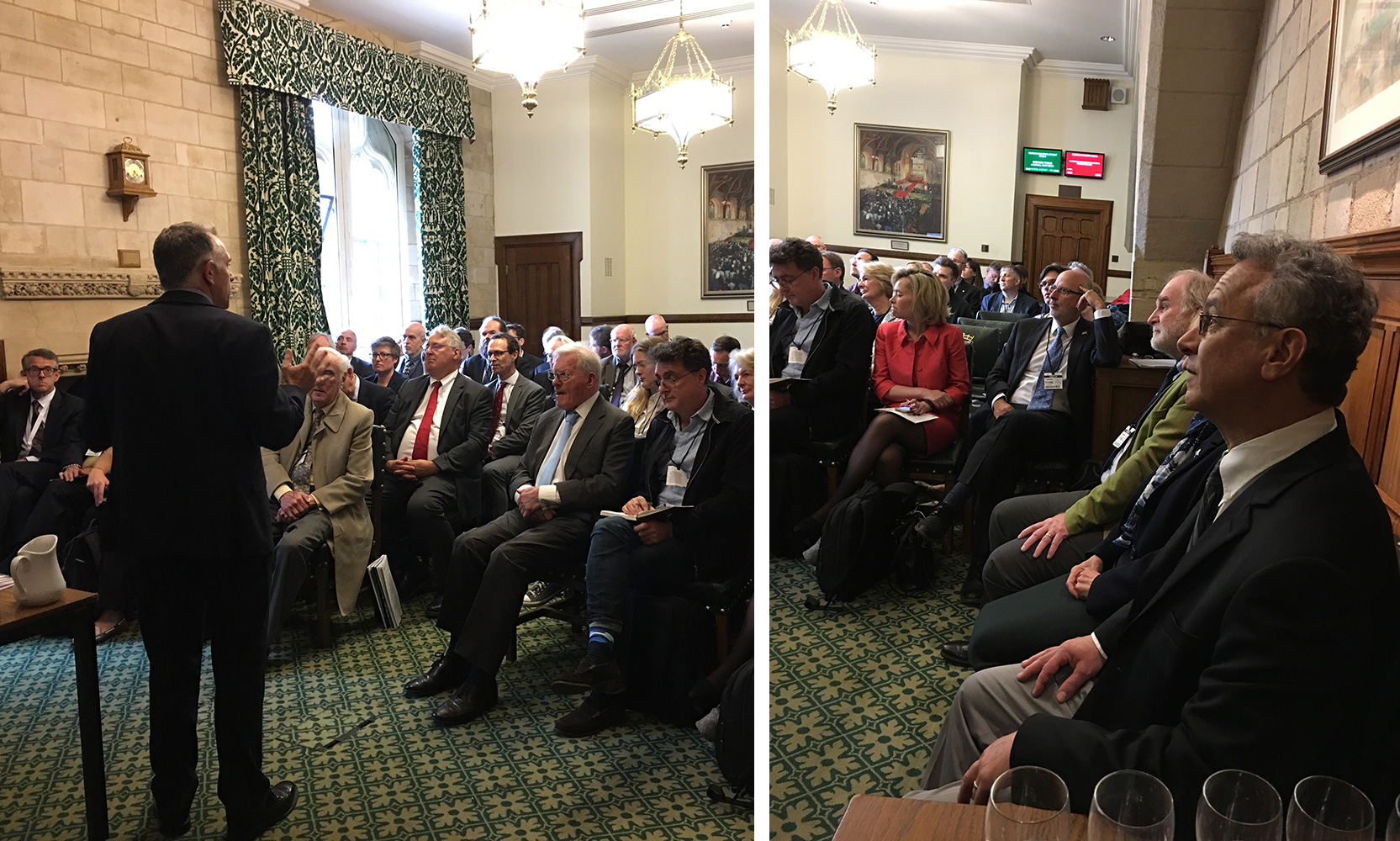