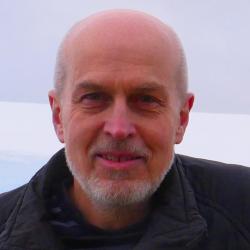 Larter is a lead principal investigator on the THOR project. He and his team will investigate sediments deposited in the seas near the Thwaites Glacier, and reconstruct past changes in environmental conditions and the glacier's response, adding context to projections of future change.