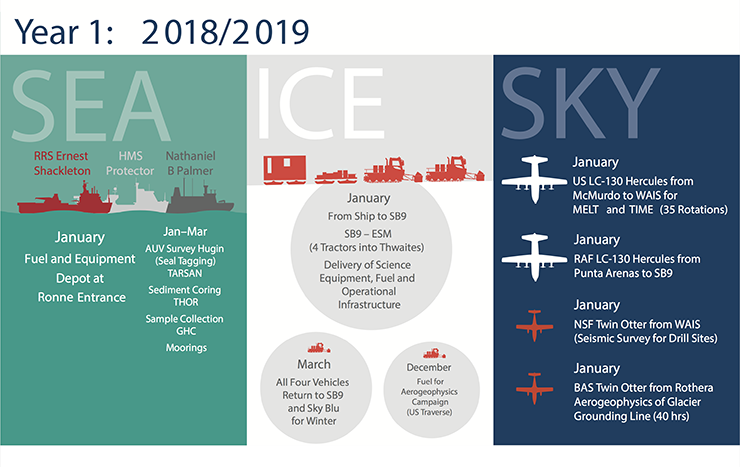 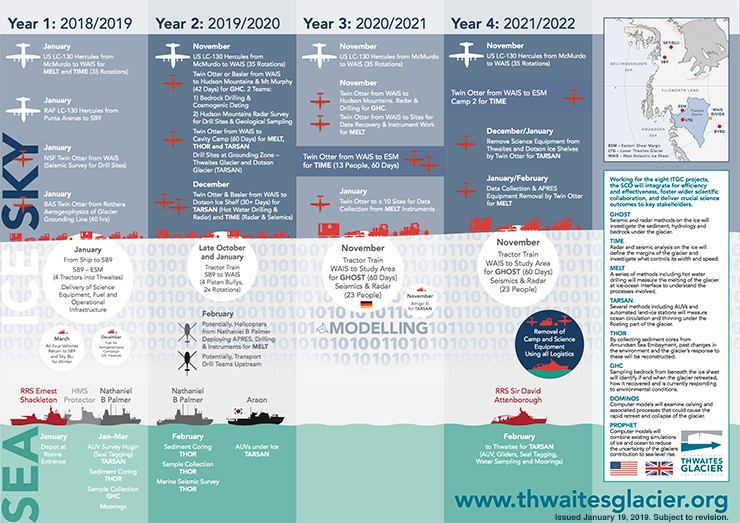 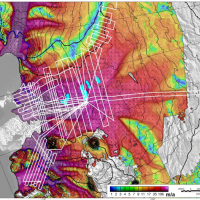 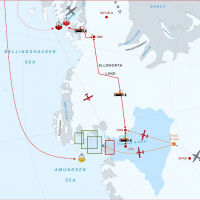 High-resolution version This map summarizes field logistical activities and major science study areas for the ITGC effort in 2018-2019. Ice-hardened cargo ships  have unloaded science gear and fuel onto an ice shelf, where it will be staged nearby (SB89) and then hauled by tractor traverse to  the Thwaites region (Eastern Shear Margin, ESM, camp; and Lower Thwaites Glacier, LTG, camp). At WAIS Divide, science gear and more fuel will arrive by LC-130 aircraft from McMurdo Station, and will be distributed to the forward camps by US Twin Otter. Additionally, a BAS Twin Otter will fly to the LTG camp to conduct an airborne science survey of the region with a number of instruments (see Thwaites Jan 2019 BAS aerogeophysical survey plan). A research expedition aboard the RV Nathaniel B Palmer is underway, and expected to survey several ocean regions near Thwaites (green boxes), mapping the bathymetry, collecting shallow sediment cores, exploring beneath the floating ice shelves with a large UAV, and tagging seals with small instrument packs to survey the ocean.  Automated mooring instruments will be serviced as well, and their data recovered.