After two months traveling, quarantine, training, packing, and just plain waiting at McMurdo Station, the TARSAN on-ice team is finally now on its way today to the U.S. National Science Foundation's (NSF) major logistical hub, WAIS Divide Camp. Today is January 3rd, 2022. (Photo above:  McMurdo Station, Antarctica, from Hut Point. In the foreground is Scott’s first hut, from his 1902-1903 expedition. On the right side is Observation Hill.)

The TARSAN project, that’s the Thwaites-Amundsen Regional Survey and Network, is a part of the International Thwaites Glacier Collaboration. This season TARSAN has two field expeditions: a research cruise on the US Research Vessel N.B. Palmer, and our mission onto the crumbling ice shelf near the front of the gigantic Thwaites Glacier. Thwaites is the world’s widest glacier, nearly 70 miles from side to side. It has the greatest potential, by itself, to raise global sea level in this century of any single glacier on Earth. Our mission is to remeasure how fast the ice melts and repair the instruments placed on it two years ago. We will have only about 10 days to do that, before the short Antarctic summer field season nears its end.

Looking back at the past two months, it’s as if we are entering the last levels of some slow-moving video game – the first steps seem so long ago and so different. Our quarantine spanned a full month, true to NSF’s belt, suspenders, and duct tape too approach to keeping COVID out of the last continent. Then we flew from New Zealand to McMurdo, Antarctica in a C-130 – an epic 8-hour vibration-packed journey: a bit like spending a day sitting in front of a rock concert speaker while the guitarist holds just one chord … turned up to 11.

McMurdo’s life pace is mostly about training, packing, and re-planning. McMurdo is the largest US base, and by far the largest on the continent, with 60 or so buildings, 500 people (this year) who keep it running, and literally millions of pounds of gear, vehicles, fuel, and a continent’s worth of supplies. Sitting on a wind-swept patch of rock, it feels like the edge of Antarctica – not really all the way there but close enough to anticipate the adventures ahead. In December it was unusually warm and sunny, even dusty, and just a few degrees below freezing – very unlike the rest of the continent. At WAIS Divide, things will get real. WAIS Divide camp sits at the summit of an ice sheet over 800 miles across. The closest base to it is at South Pole. Last night (when the sun is lower, but not set), temperatures there were around -10ºF; not alarming, perhaps, until you remember that this is height of summer here.

Being at the edge of the continent, McMurdo offers a chance to explore a polar landscape in relative safety. The team hiked to Castle Rock, a popular climbing spot, skied a dozen miles over the ice sheet to the airport and back, and made several trips up legendary Observation Hill, where Scott’s crew climbed to look in vain for the return of the polar team 110 years ago. We had Christmas Dinner at the base, a surf-and-turf feast. But then we entered a waiting game dictated by the nearly unpredictable Antarctic environment – waiting to fly to the next point on the journey -- a cycle of waking at 5 am, dressing for polar conditions, packing everything, a quick breakfast; then several delays followed by cancellation. Repeat the next day. Today, finally, is different. We are sitting in a LC-130 plane staffed by the US Air National Guard, flying over the vast Ice Shelf and will land at WAIS Divide camp in 3 hours.

Things move much faster in these remote camps – there are aircraft ready to take on any place in Antarctica flat enough to hold a plane, and our gear is with us in the back of the mighty LC-130, packed and ready for our 5 person tent camp near the edge of the ice sheet; probably starting within the next two days as soon as the weather allows. We will take a brief air tour of our work sites, digging up one sensor that is buried by two years of Antarctic snow (probably 10 feet down) placing another nearby, and photographing the fast-evolving Thwaites ice front from the plane. Then, with our camp set on the ice shelf, we will begin our survey, repeating measurements from two years ago to capture the retreat, and repairing the two multi-sensor climate, ice, and ocean stations that we left there two years ago. With luck, they will be collecting data and relaying it back to the US just in time for the arrival of our friends on the TARSAN research cruise in February. 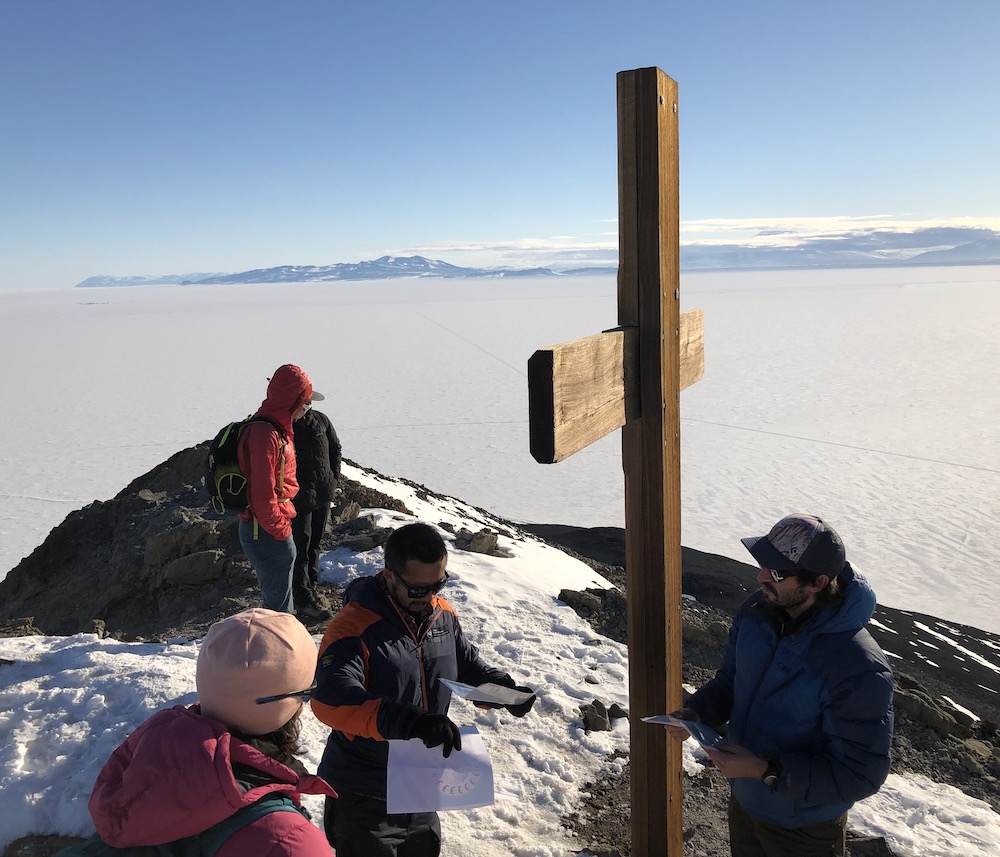 Photo 1: Summit of Observation Hill looking south. The cross commemorates Scott’s polar party who died returning from the Pole in 1912. 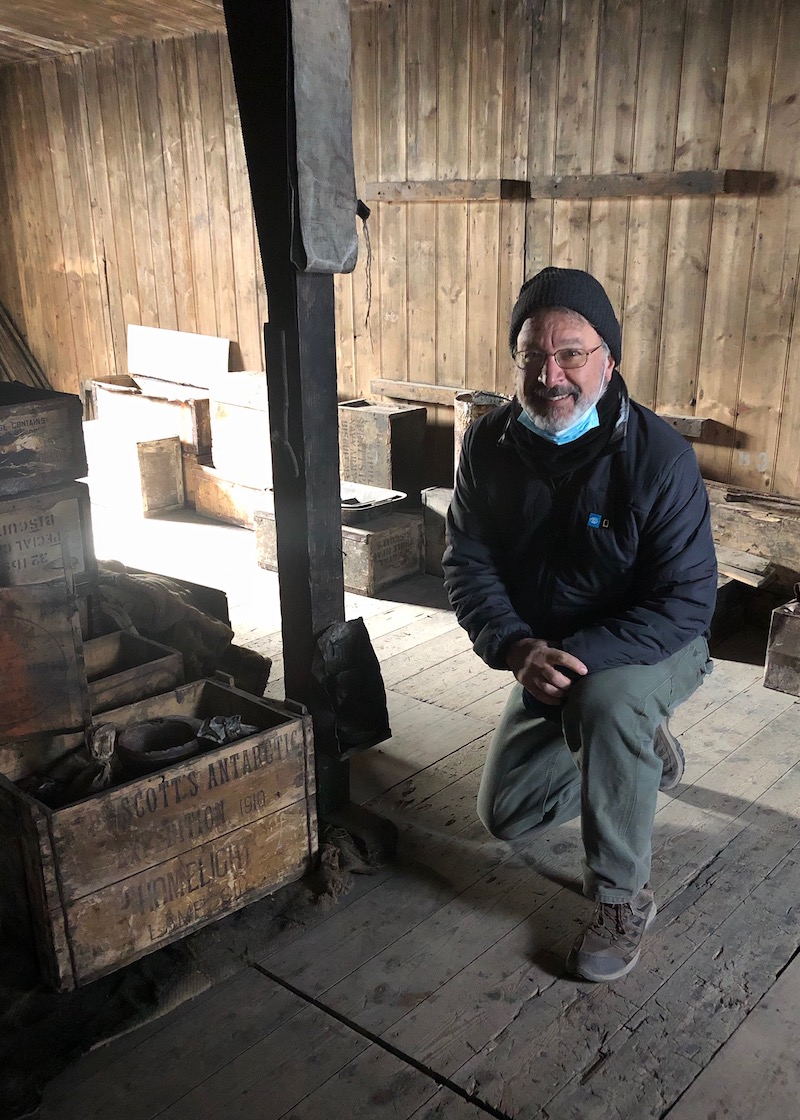 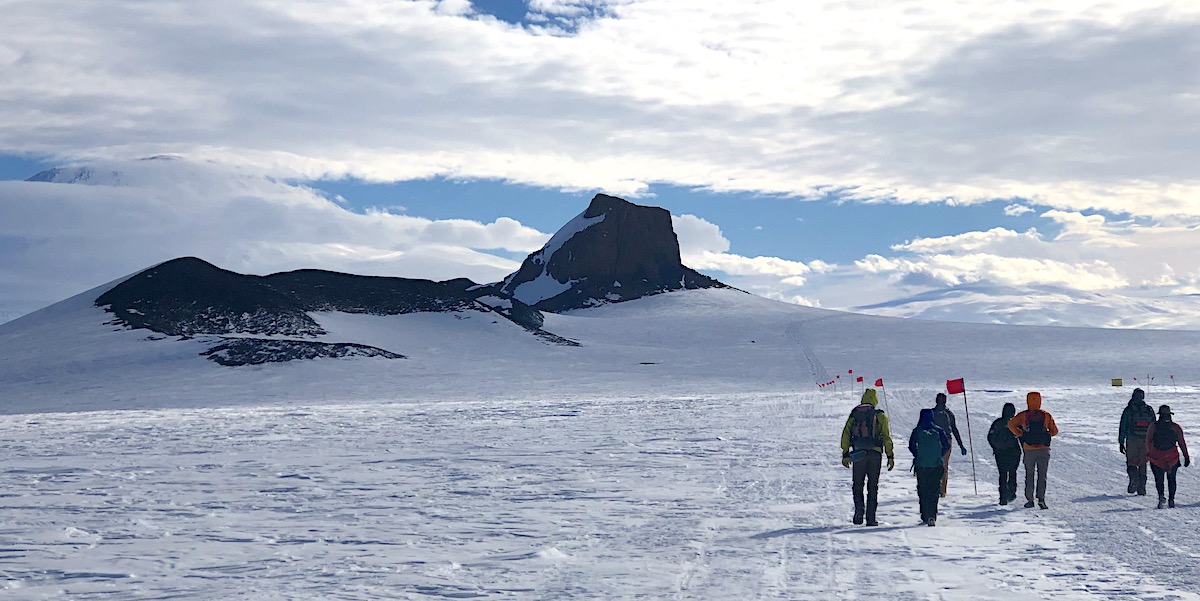 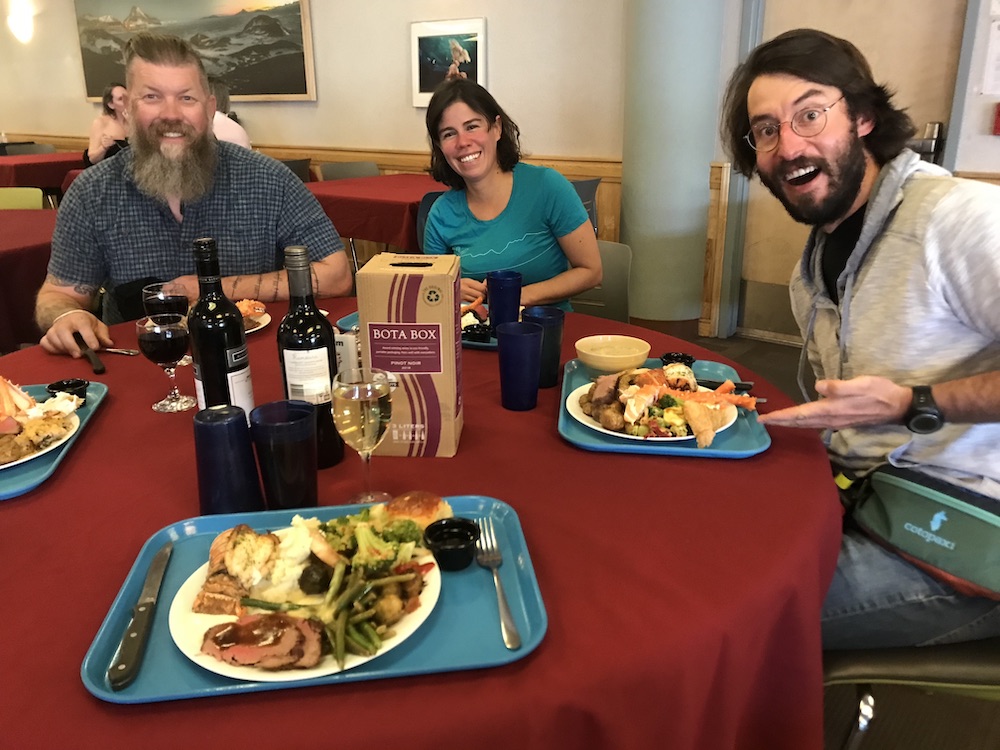 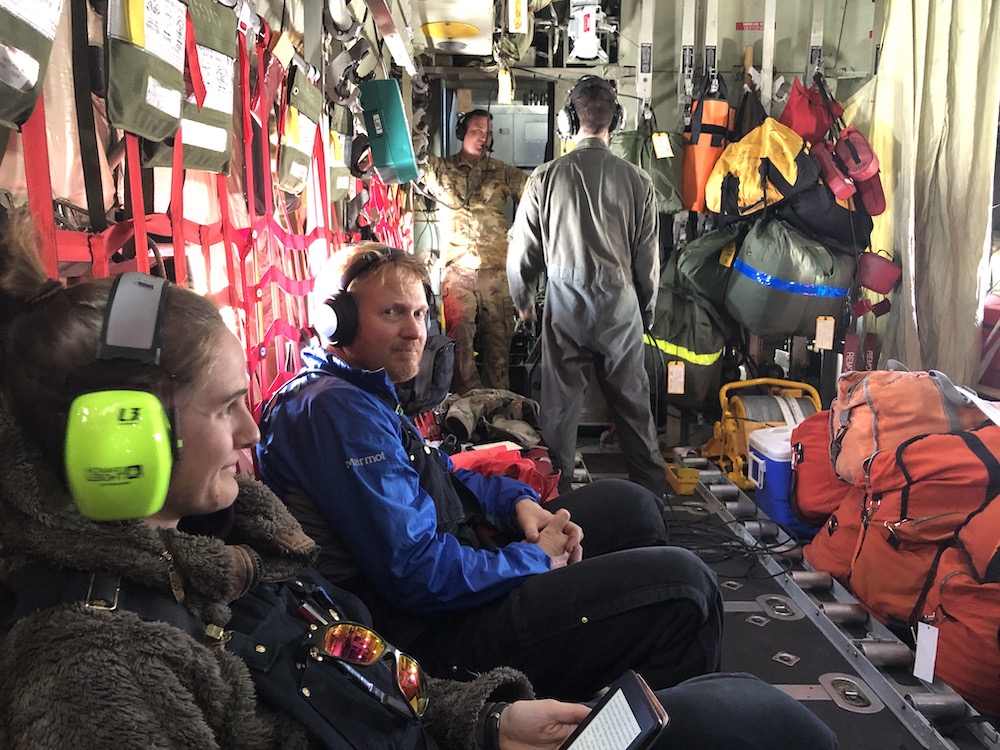