Click here to view our facts sheet as a PDF.

What is Thwaites Glacier?

Where in Antarctica is Thwaites Glacier? 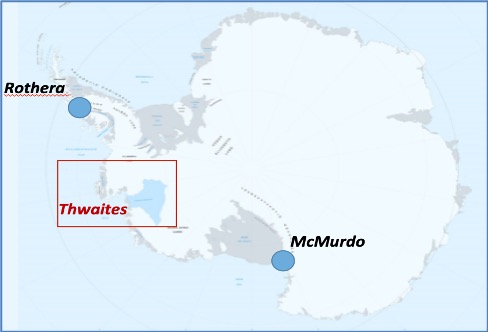 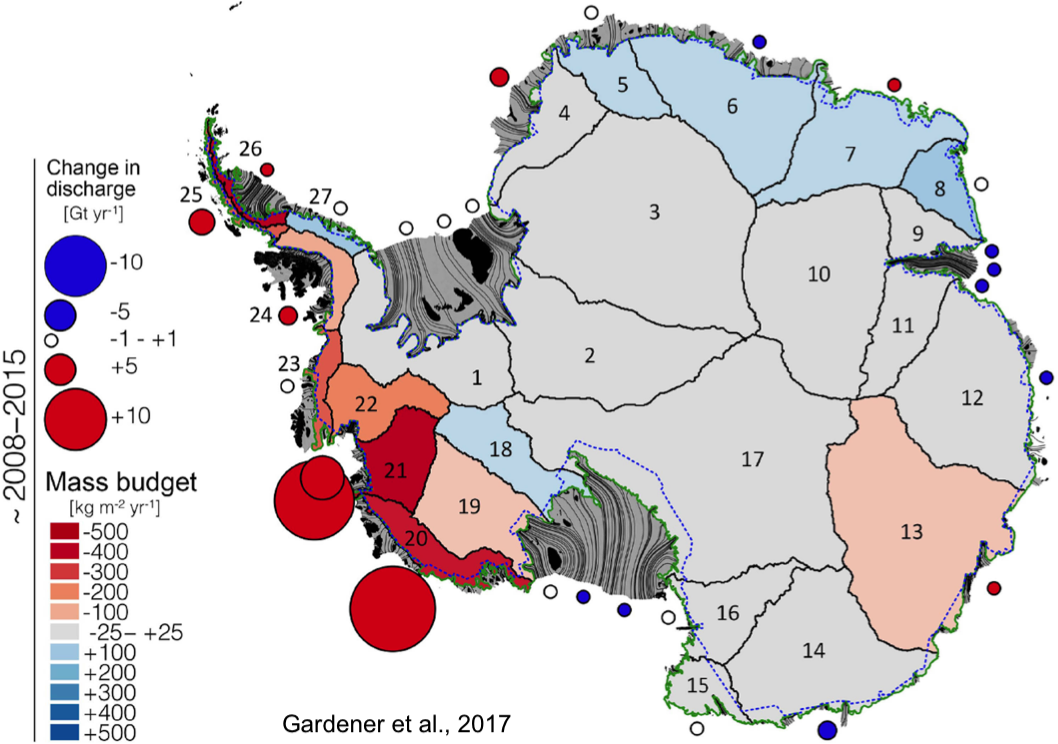 8. If Thwaites Glacier continues to accelerate, retreat, and widen at rates consistent with recent changes, it could contribute several cm to sea-level rise by the end of the century. Collapse of the glacier would require a few centuries. (Calculation: 100-km wide front, ~1000 meters thick, 5km/yr, 50 years = ~7 cm)

Ice loss from Thwaites Glacier is significant and increasing

11. The amount of ice loss has doubled over the last 30 years by Thwaites and its neighbouring glaciers.

14. NASA discovered an underwater cavity underneath the glacier, with an area two-thirds the size of Manhattan in January 2019. The cavity formed mostly in the previous three years and is nearly a thousand feet tall, likely speeding up the glacier's decay. (Source: MIllilo et al., 2019, Science)

15. Warming of the atmosphere and ocean and their interaction with the glacier are driving the change. (Source: Scambos et al. 2017, Global & Planetary Change and references therein, Hillenbrand et al., 2017, Nature)

16. The first identification of Thwaites Glacier was in January 1947 through the mapping of its ice tongue by the US Navy during the airborne photographic surveys of Operation High Jump. The first sighting of the coastline in this area of Antarctica was in 1940, as part of the third Byrd expedition. The glacier itself was mapped more thoroughly in 1959-66. (Source: Geographic Names of the Antarctic, US Board on Geographic Names, 1980.)

18. ITGC consists of eight science projects, six are field-work oriented, and two are focused on modeling of glacier processes and its recent and future evolution. (Source: https://thwaitesglacier.org/)

19. ITGC is the largest joint US-UK programme of field science yet undertaken in the Antarctic, in terms of numbers of separate deployments of scientists to field and marine sites.

21. If the WAIS collapsed and melted in its entirety, global sea levels would rise by 3.3 metres; however, this process would require centuries to millennia. (Source: Bamber et al., 10.1126/science.1169335)