Calling it seal tagging doesn’t really put the right image in your mind. I had pictured a seal with a small plastic tag attached to its body like you’d see on a cow or pig ear. Seeing it in person was a surprise. Imagine a 600 lb (300 kg) Weddell seal with big dark eyes, a small radio glued to the top of its head, and a black antenna poking up like a single antler. Instead of a gorgeous unicorn, though, you have a huge slug-shaped animal that has no care in the world right now other than to sleep in the sun and eat every once in a while. Four bright orange foreigners who tug on her fur are no match for her relentless mission to out-couch-potato every other creature on Earth. 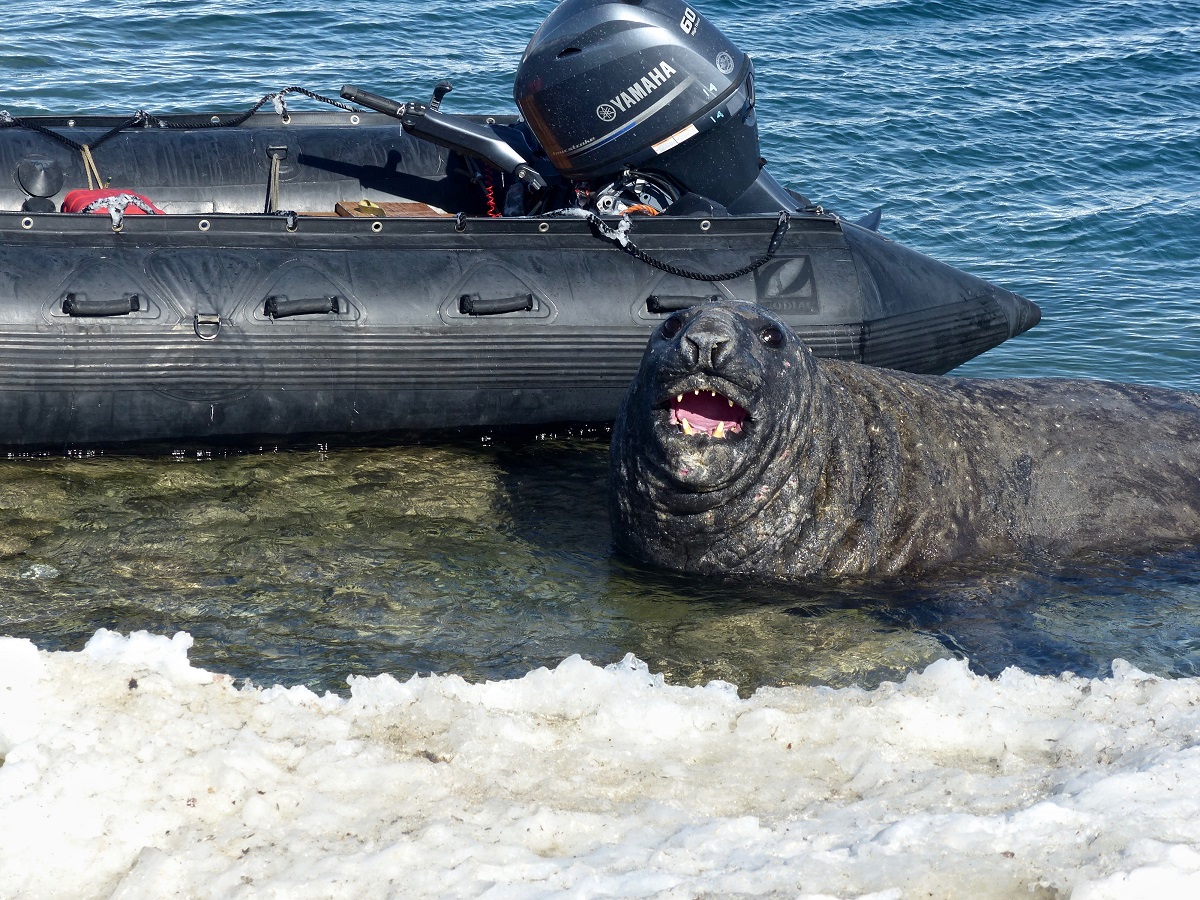 A beat up, large male elephant seal undergoing his molt comes to shore next to our Zodiac to check out the seal tagging activities. Photo credit: Tasha Snow

Those "foreigners" are the research team of Mark Barham, Bastien Queste, Gui Bortolotto, and their fearless seal whisperer, Lars Boehme from the University of St. Andrews in Scotland. The team, several researchers, and I took a Zodiac (a small boat used to travel from the ship to land) to the rocky beach of Shaeffer Island to look for seals and fit them with a sensor that collects data about the ocean water column. Seals tend to gather on island beaches, sleeping in the warm Antarctic sun. Dressed in bright orange-bibbed overalls and expedition jackets (you would never mistake them for being subtle!), the research team approached a female Weddell seal resting on the beach and prepared the tranquilizer. While they sedated the seal, the other two monitored her as the drug took hold. After about ten minutes, Lars checked her for wakefulness. She looked asleep, and Lars moved in closer to examine the short dog-like fur on the back of her head. Pulling on it gently, he determined that she had almost completed her molt and was a perfect candidate for the tag, which will fall off of her skin when she molts again, in about a year. Lars’ research indicates that the tags have no effect on seals’ mating, feeding, or ultimate survival behaviors. Rest assured that the process does not deter suitors, scare off the food, or draw any unwanted attention. 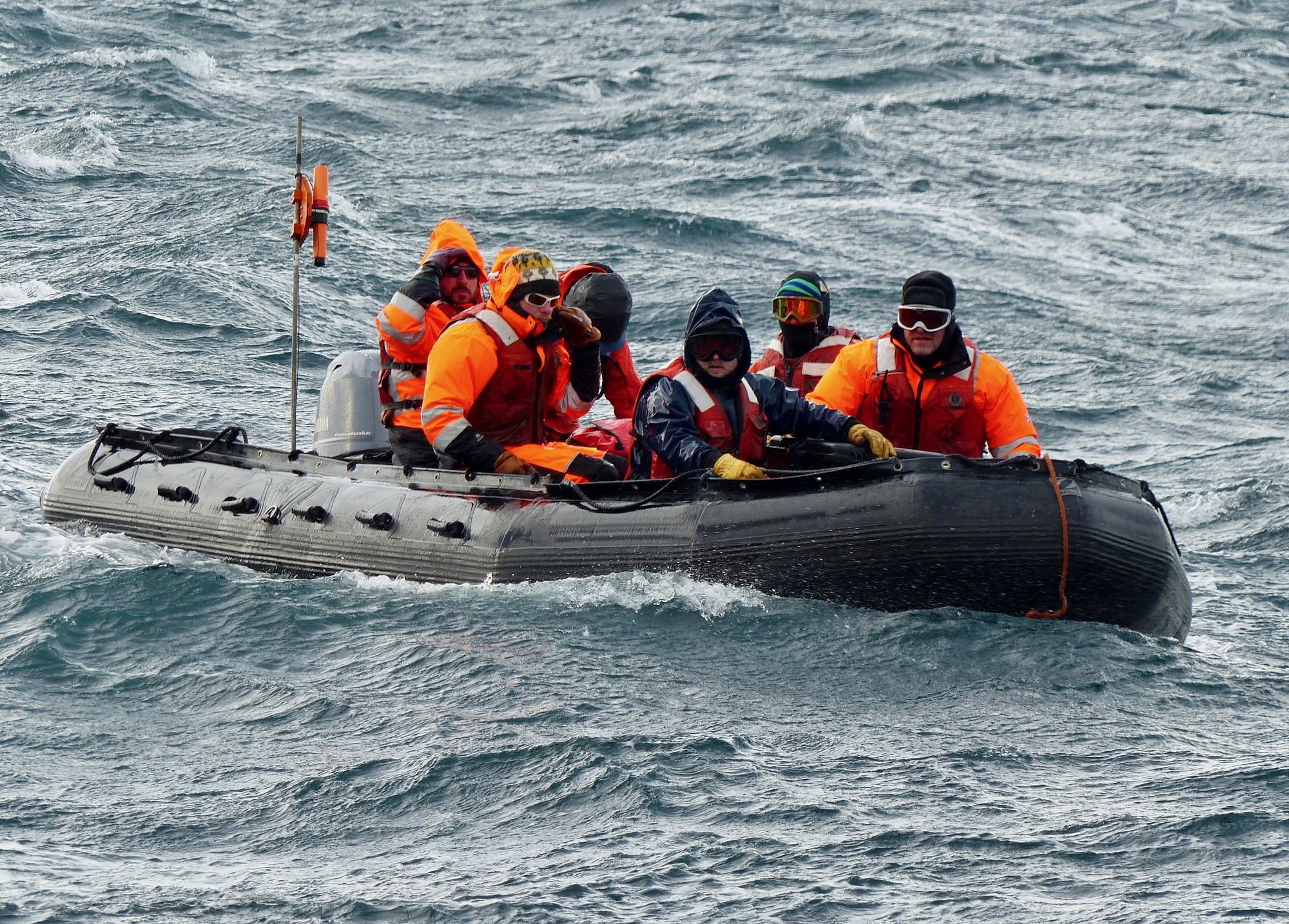 The seal team navigates across growing swells after high winds force them off the islands early and back to the ship. Photo credit: Tasha Snow

With the seal ready for tagging, the team went to work, pumping epoxy (an adhesive) onto the CTD box, touching it to the seal's head to make a stencil, and filling in the outline on her head with an even thicker layer of epoxy. Gui checked the seal’s breathing, continuing to ensure she remained safe and healthy during the process. Next, the seal wranglers began to adhere the tag, which consists of a computer, batteries, and CTD (conductivity, temperature, depth) instruments. They carefully placed the box onto the sleeping seal’s head and smoothed the epoxy around the edges, like you would do with grout between tiles in a bathroom. Since the epoxy drying process takes about ten minutes, Lars placed a green canvas head sack across the seal’s eyes to encourage her to continue sleeping. Bastien stood guard between her and the beach to prevent her from entering the water before the sedative had worn off, and monitored her breathing. She started to wake, groggily lifting her head to look at the giant orange “penguins” standing around her and then melted back into her cozy slumber, not at all interested in the water. Once the team recognized that the sedative had worn off, they departed, leaving her to do the same thing she had been doing for the entire day: sleeping. She shifted positions to find a comfier spot, scratched her face with a flipper, and lifted her head a few more times, but otherwise was content to oblige. 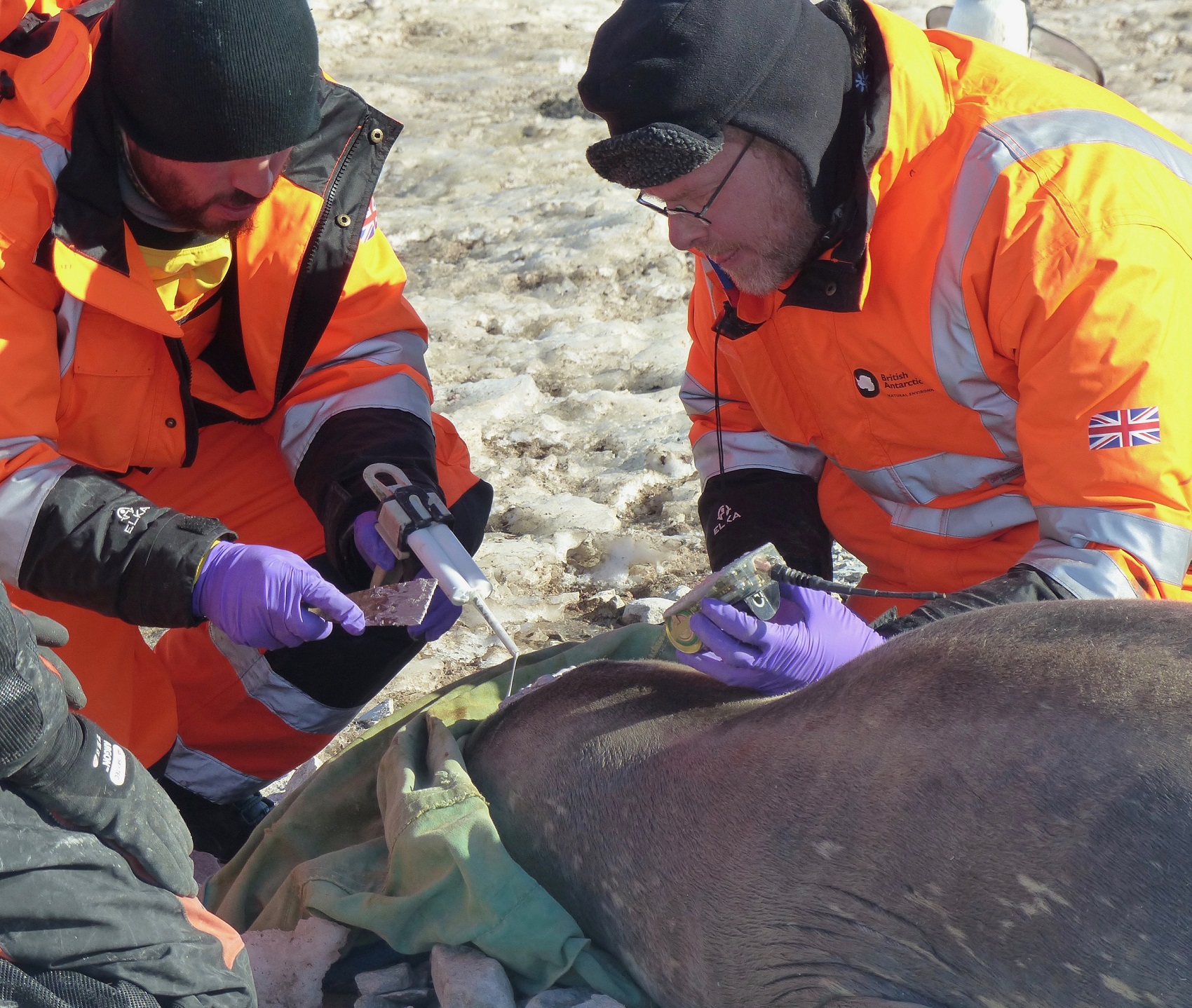 Gui Bortolotto (left) uses an epoxy applicator and putty spatula to spread a thick layer of epoxy onto the seal's head and deep into her fur before adhering the CTD device that Lars (right) holds ready to put on. Photo credit: Tasha Snow 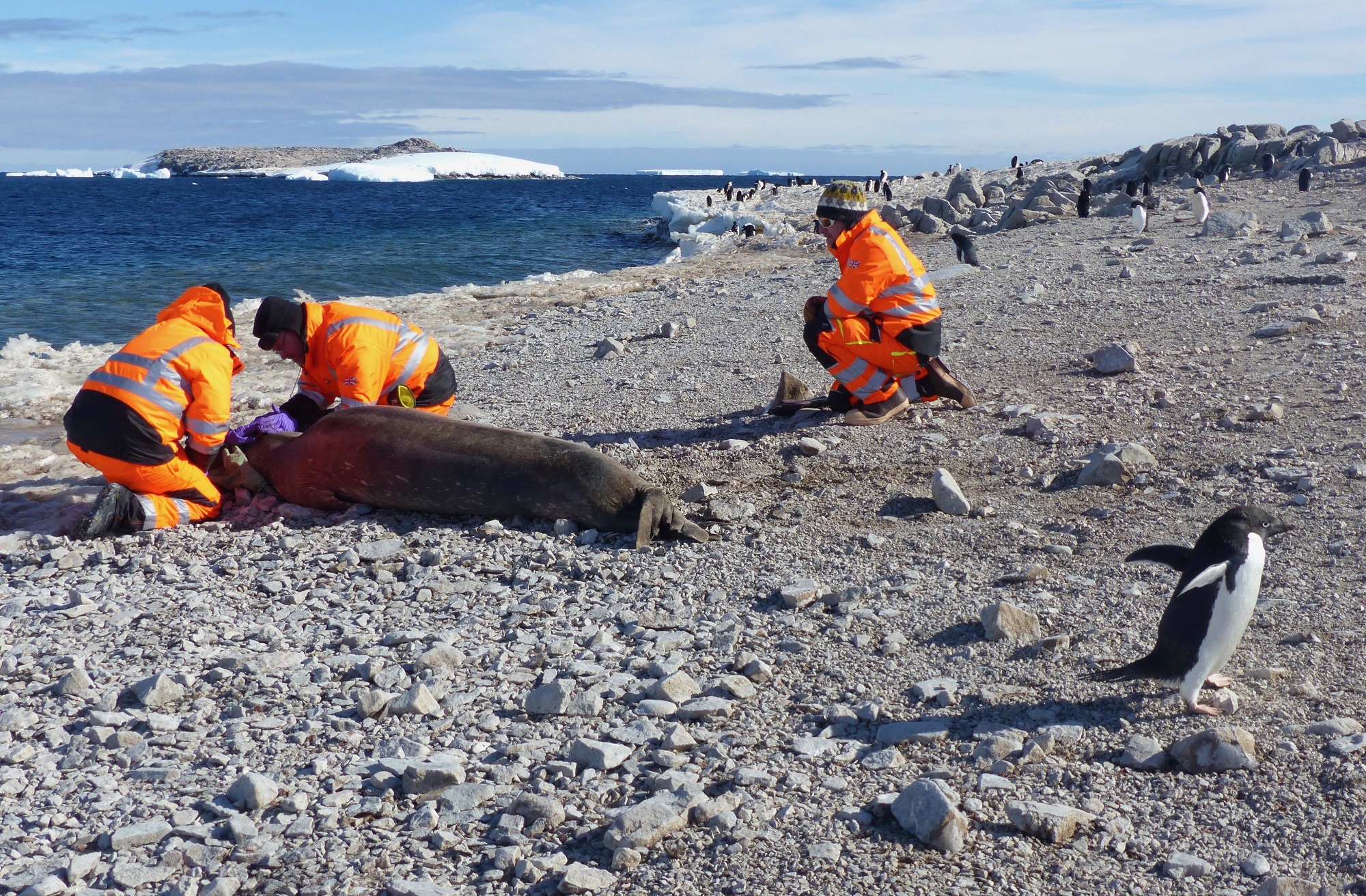 Mark Barham (right) keeps watch of the application procedure to ensure the safety of the seal and team members, Lars and Gui, while absorbed by their work. FCO/UK Permit #29/2018. Photo credit:Tasha Snow

Why tag a seal in the first place? I explained the large CTD we have onboard the ship in my last blog. Recording data for one moment in time and space in the water below the ship, the sophisticated instrument costs about $350,000. The CTD worn by the seal is a relatively inexpensive alternative (~$5,000) that serves for both collecting ocean measurements and learning about seal behavior. Like a miniature version of our shipboard CTD, the seal tag provides temperature, salinity, and depth measurements during a seal’s movement through the ocean. When the seal surfaces, the tag’s computer relays the measurements to the satellite and off to the researchers in St. Andrews, who use the satellite communications to triangulate the tag’s location in the ocean. Data from the tags provide ocean measurements for the physical oceanographers in the ITGC TARSAN project, as well as the dive habits and life behaviors of seals of interest for biologists back at the University of St. Andrews. 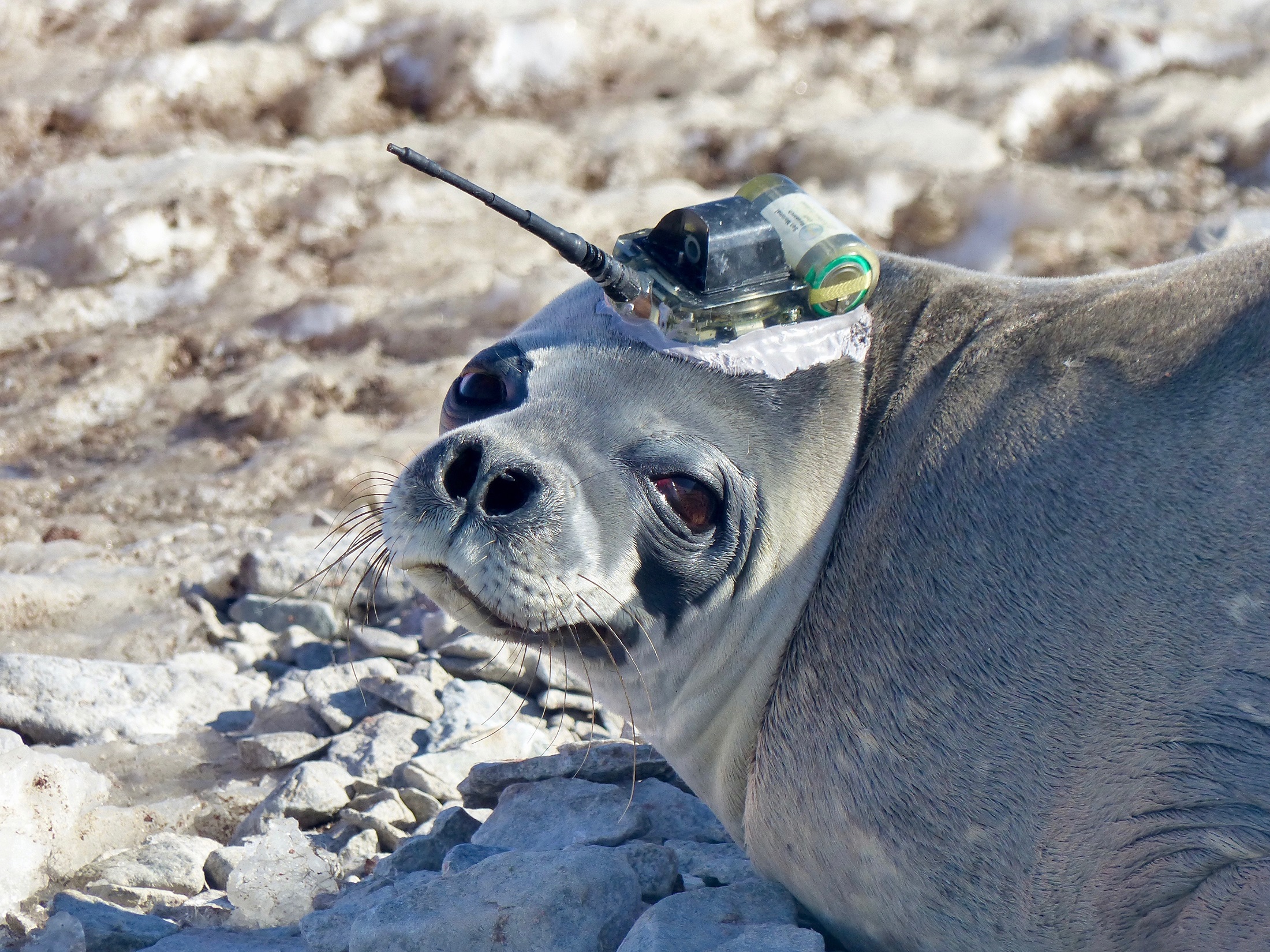 With tranquilizer fully worn off, the newly "tagged" Weddell seal takes a look around every once in a while to see what everyone is doing and otherwise continues her slumber. FCO/UK Permit #29/2018. Photo credit: Tasha Snow

So far, researchers have tagged four seals: one elephant seal and three Weddell seals. The Weddells spend their time diving for fish down to 300 to 500 m (1000 to 1600 ft) depth. The elephant seals, though, are oceanography gold. They typically dive to about 1000 to 1500 m (3300 to 5000 ft), deep enough to get into the deep troughs of warm Circumpolar Deep Water that we are studying, as described in my previous blog post. They also swim underneath sea ice where oceanographers have difficultly acquiring measurements. The research team originally planned to focus on tagging elephant seals due to their tendency to make deeper dives, but many of those encountered on the islands had not yet molted. Therefore, these elephant seals were not candidates for tagging, and researchers were content to tag Weddell seals. Still, the amount of data already pouring into the St. Andrews systems shows that our four seals have been busy. In only 12 days, researchers have gathered data from 1540 dives, giving 105 CTD temperature and salinity profiles down to as deep as 825 m (2700 ft). That’s far more measurements than were planned for the ship’s large CTD instrument during the course of our six weeks at sea, and the measuring will continue at that rate through the winter when the area becomes completely inaccessible to ships. 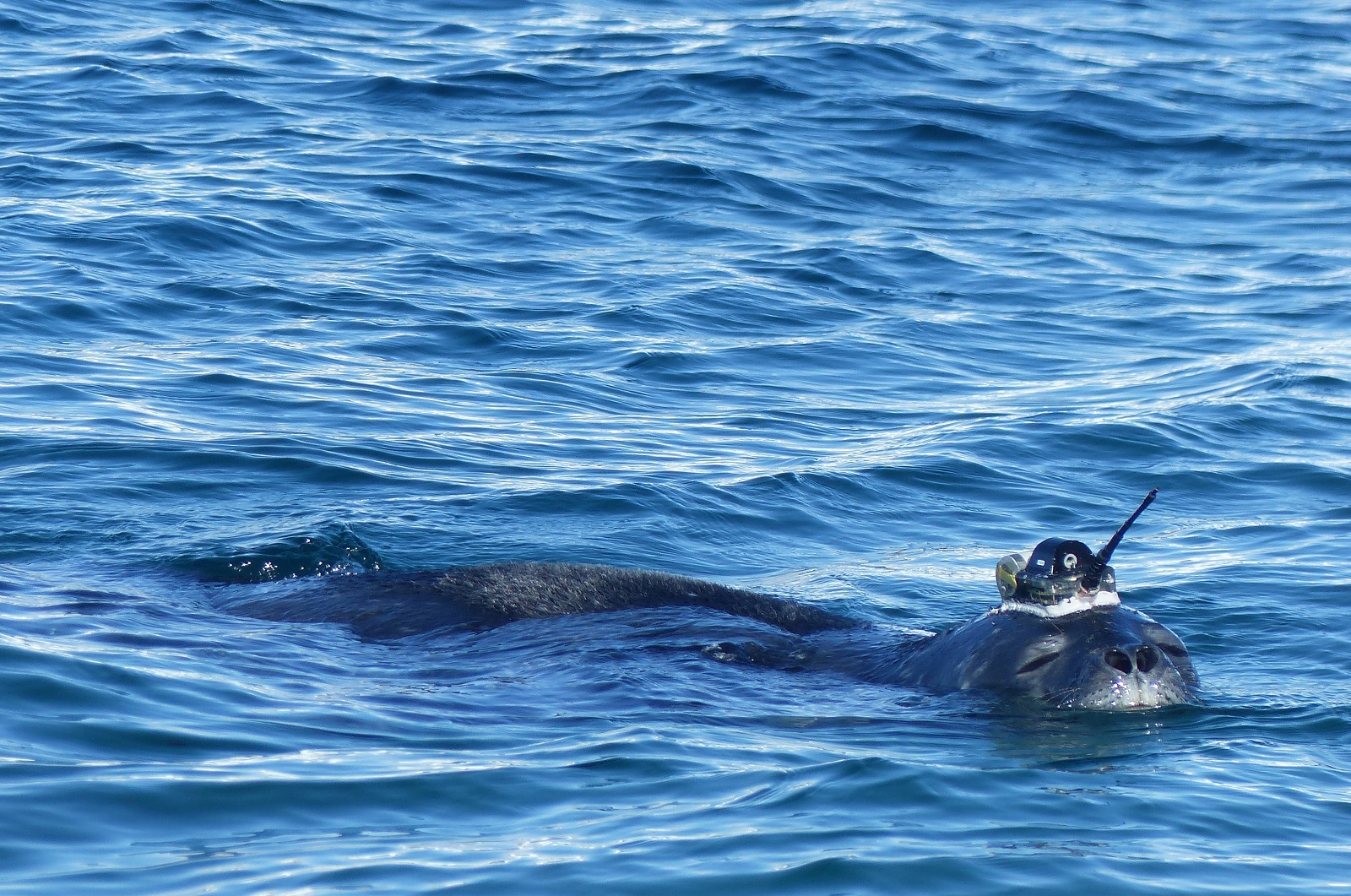 The first Weddell seal tagged by the team made her way to the water and went for a swim around the shallow embayment between islands. Once in the water, the CTD turned on and began transmitting information about her dives. Photo credit: Tasha Snow

While not quite as a stunning to the eye as a majestic unicorn, our beautiful seals definitely make up for it through their contributions to the science.

No seals were injured during the taggings and have experienced no ill effects since their release. 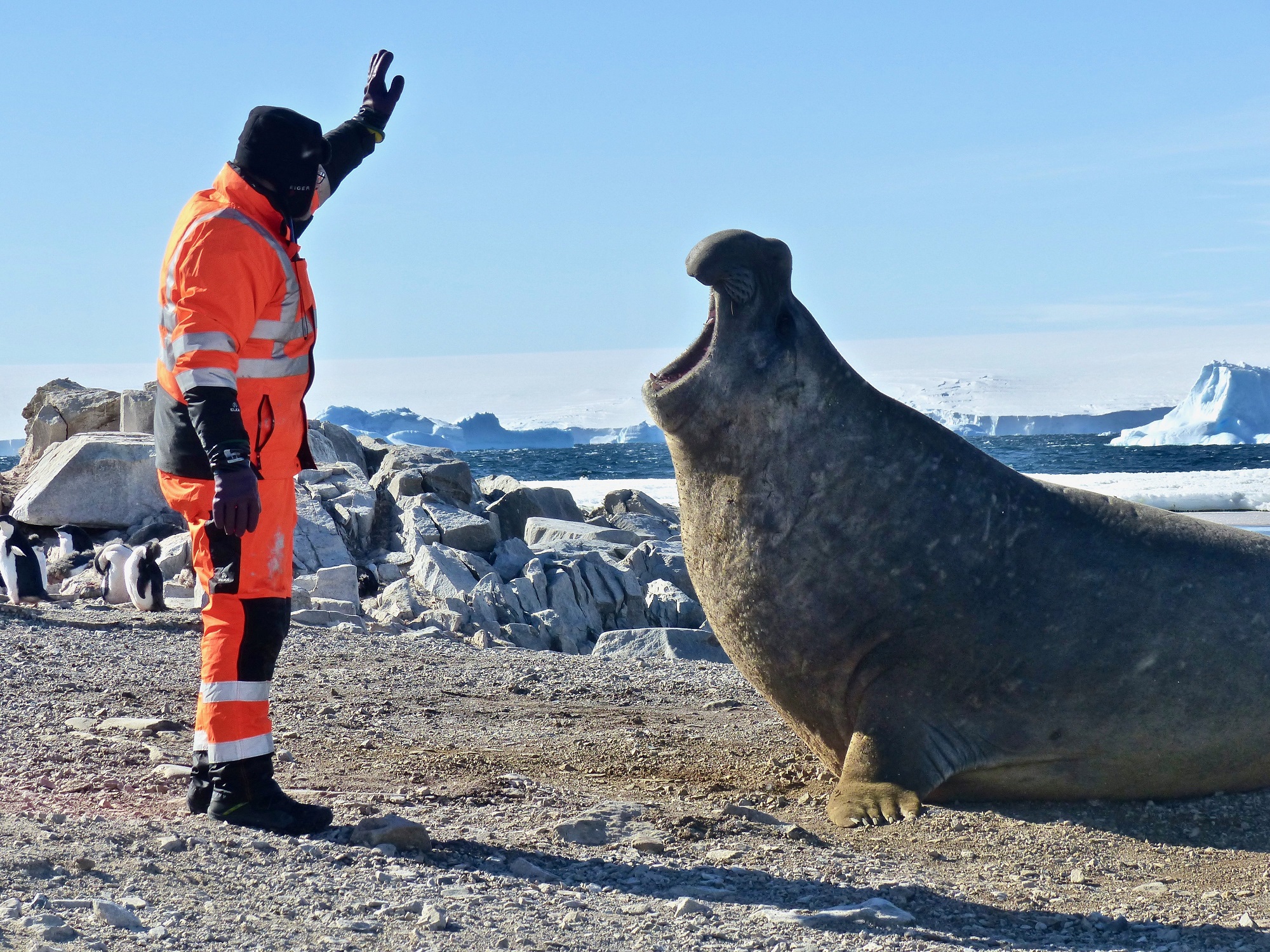 Lars uses the elephant seal’s instincts to move the seal to a safe distance away from the team. Lars stands taller than the elephant seal, who perceives Lars as dominant. It complains with a wide mouth, grunts and backs away. Photo credit: Tasha Snow 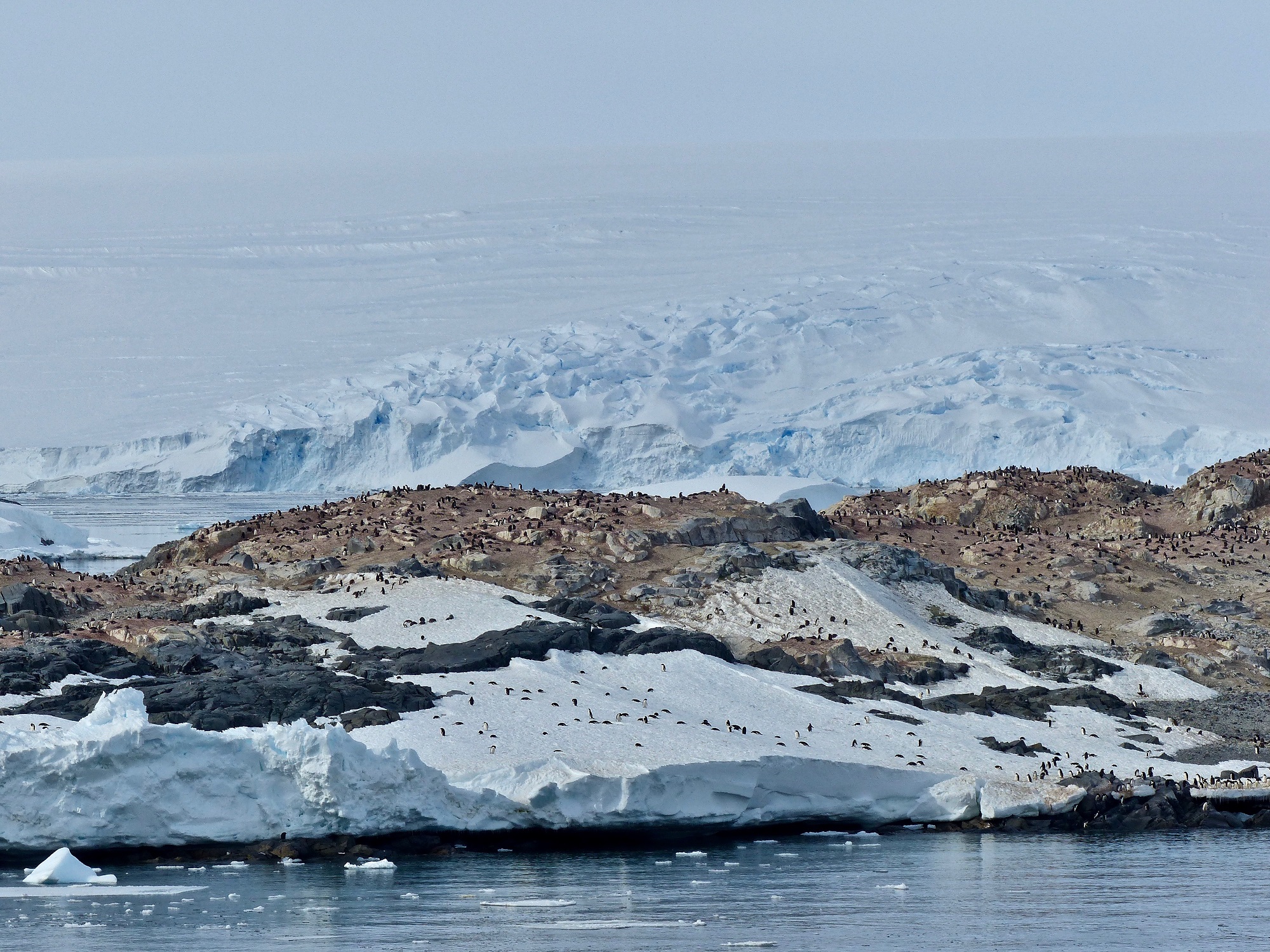 To our surprise, the first islands the team visited to look for seals served as a roosting area for hundreds of Adelie penguins. The Edwards Islands looked like a penguin version of a Florida beach during spring break. Photo credit: Tasha Snow