The GHC team in the Hudson Mountains seem to have all the luck with weather and logistics this year. The team, consisted of two scientists, Professor John Woodward, a glaciologist and geophysicist from Northumbria University and Dr Jo Johnson, a geologist from the British Antarctic Survey, supported by two Field Guides, Ash Fusiarski and Tom King. The team were input to the field camp in the Hudson Mountains on 22nd November from Rothera, the British Antarctic Survey Base on the Antarctic Peninsular. We set up our pyramid tents on an ice plateau at the centre of our primary field area.

The field camp is surrounded by a range of small mountains (nunataks) sticking up through the ice sheet. These nunataks are the remnants of former volcanic eruptions. The camp is within site of the Amundsen Sea embayment to the west, with the calving margin of Thwaites visible in the far distance and large flat topped ice bergs drifting in the embayment. The margins of the fast flowing Pine Island Glacier, the neighbouring glacier to Thwaites, are also visible 5 km from camp. This shear margin, between the fast flowing outlet glacier and the slow flowing inland ice is an impassable, disturbed, distorted 50 m high ridge of ice blocks and crevasses that runs for over 50 km along the southern horizon. Some of the nunataks appear rugged and impressive, but many are low rounded volcanic hills, with relatively easy access.

The biggest worry about working in the area are the frequent crevasses, so care is taken when traveling. The area has seen considerable change in the last 30 years, with retreat of the calving margin of Pine Island and another neighbouring ice stream. This has drawn ice down towards the ocean, creating the crevasses which are often in unexpected places and are often more frequent and at different orientations than we would expect.

The aim of our field work is to understand the timing and importance of the recent changes that have occurred in this area over the last 5,000 years. In the first 3 weeks in the field we had frequent good weather days and were able to travel out to the nunataks on a near daily basis.

Jo collected rock samples from the bedrock and also from any erratics, far travelled rocks moved at the bed of the glacier and left behind by the retreating ice. These bedrock and erratic samples will be analysed in the laboratory upon our return to date the retreat rate of the ice sheet from these nunataks. Jo has also worked on the volcanic history and mineralogy of the nunatak exposures. Many of these nunataks have not been visited since the early exploratory traverses of Antarctic in the 1960's, so they are slowly giving up their secrets to us as we travel around the area.

John has been using ground penetrating radar to survey the ice sheet around the nunataks. The data collected will enable us to identify drill sites for next year's field season. This drilling will tell us if the ice sheet has retreated in the recent past and then re-advanced, before today's rapid changes, or whether the current retreat is part of an ongoing retreat pattern. Understanding this is vital to understanding the processes and timing of behaviour of Thwaites Glacier and modelling its past, present and possible future behaviour.

After successful work at all nunataks identified as potential drill sites, the team were able to look further afield. John was able to complete deep radar surveys in the area which we hope will also reveal details of glacier change through the internal layers present in the ice sheet. Jo was able to begin to visit far field sites to look for evidence of ice sheet history. With the geophysics work completed John and Ash were uplifted to McMurdo Station on the 20th December. This has allowed Jo and Tom to travel to more distant nunataks form the grounding line of Pine Island Glacier. This overland travel is expected to take until early January. 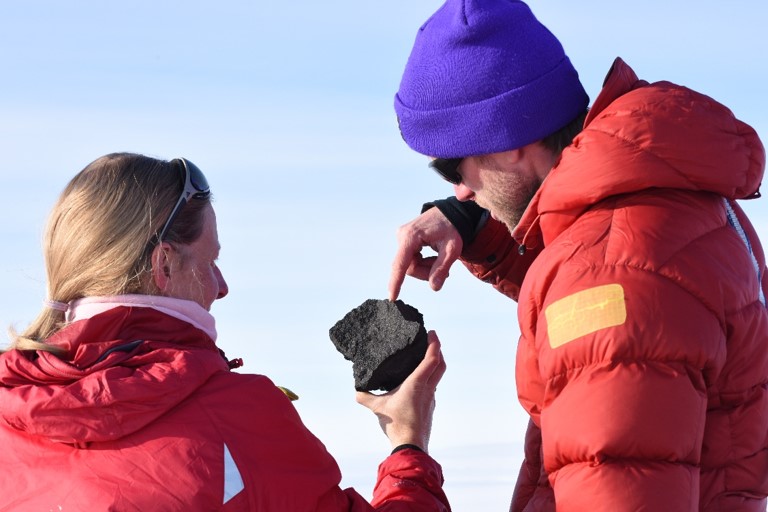 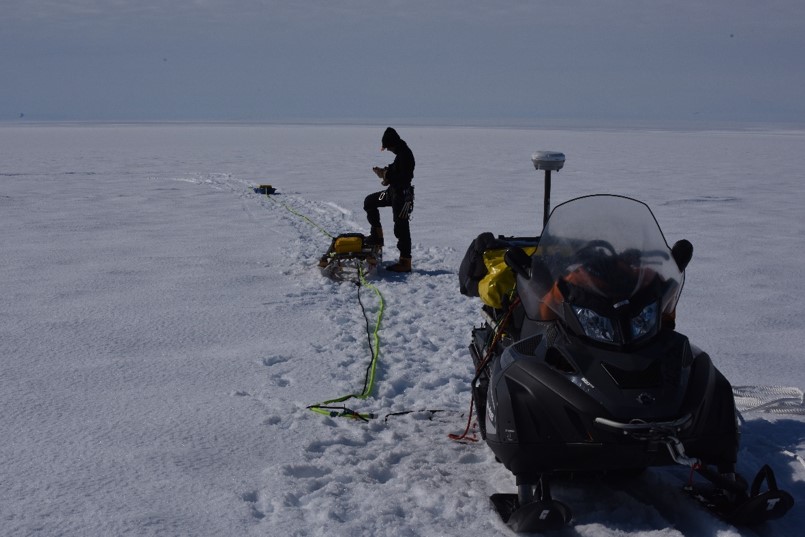 Scientist takes a break from research by snowmobile