Above photo: An ice cliff above the ocean adjacent to Thwaites Glacier in West Antarctica. Credits: NASA Public domain, via Wikimedia Commons.

This blog was originally published by the EGU Cryosphere Division. It was edited by T.J. Young and Giovanni Baccolo.

The retreat of large glaciers that drain the Greenland and Antarctic ice sheets could expose immense ice-cliffs at newly-bared calving faces, which are the exposed ends of glaciers where, in these cases, glacier ice meets the ocean. Past a certain height, these ice cliffs will become susceptible to collapsing from high stresses, a process known as structural ice-cliff failure. If a taller ice cliff is continually exposed every time there is a failure event, then the glacier could enter a self-sustaining regime called marine ice-cliff instability (MICI). This process could dramatically impact the retreat rate of the Antarctic Ice Sheet and future sea level rise (DeConto and Pollard, 2016). In a new study published this week (11 May 2021) in the journal Nature Communications, a suite of 3D glacier models is used to shed light on the looming process of ice-cliff failure.

The rise and fall of an ice cliff

Ice cliffs are exposed at marine-terminating glaciers (glaciers that meet the ocean) following the loss of ice shelves that extend over the adjacent ocean column. Crucially, ice shelves provide a back force to the glacier, which keeps the glacier from flowing too fast (Goldberg et al. 2009). Without the ice shelf effectively acting as a buttress that counters glacier outflow, the longitudinal strain (the along-flow deformation of the ice resulting from stress imbalances) imposed on the now exposed and largely vertical calving face is instead countered by hydrostatic pressure from the ocean column. Hydrostatic pressure is the pressure present into a static fluid, which you have surely experienced from the ache in your ear when you dive a few meters underwater. The two contrasting forces (the outward-pressing strain and backward-pressing hydrostatic pressure) may not be fully balanced, but an ice cliff can maintain intact as long as the strain does not become too great.

It’s important to note that ice is only so strong, in that it can only sustain a finite amount of strain before it breaks. As a result, an ice cliff will structurally fail once it exceeds a certain strain threshold. This will occur once the imbalance between longitudinal strain and hydrostatic pressure — an imbalance that increases with cliff height — becomes too large to sustain (Bassis and Walker, 2012). The figure below shows how a glacier is sustained by buttressing from ice shelves, and how longitudinal strain increases after back pressure provided by an ice shelf is removed and taller ice cliffs are exposed through retreat. The figure shows the grounding line, where the base of the glacier meets the ocean, retreating over ground (or the “bed”) that deepens towards the interior of the glacier. Such “reverse-sloping beds” characterise regions that are susceptible to instabilities such as MICI and marine ice-sheet instability. You can read more about the latter here as well.

We have some clues about the occurrence of ice-cliff failure in the past, but our data is limited. This makes it challenging to understand how ice-cliff failure will transpire in the future. Without this understanding, it is also a challenge to reliably represent the influential process in models that are used to predict the retreat of the Antarctic Ice Sheet. And this is extremely important with respect to future sea level rise estimates!

Since we cannot control glaciers to our liking, one way to study glacier and ice shelf-related processes is to employ sophisticated glacier models. They provide an opportunity to investigate the process of ice-cliff failure and the factors that influence it. Our exciting (truly!) new study employs a suite of high-resolution, open-access 3D models to do just that. Specifically, we use the continuum model, ELMER/Ice, and two version of the particle model, HiDEM (the Helsinki Discrete Element Model). By pairing these models together, we are able to assess interactions between glacier flow and fracture.

What do the models show us?

We find that the collapse of ice cliffs will play out in a number of ways. Our simulations show that strong, undamaged ice deforms through surface lowering, waterline bulging, and a forward-lean of the calving face. This lean increasingly stretches the ice surface behind the calving face and after a threshold ice starts crevassing and releasing iceberg (calving). A presentation of this process is shown in the figure below. The stretching is shown between the top panels, and the ensuing fracture is seen between the bottom panels.

The above results are all associated with one way that an ice-cliff can fail. But we said earlier that our models show that failure can happen in a few different ways! We explored these different ways by “twiddling the dials” of HiDEM, essentially making the ice less robust. The figure below shows how failure plays out in these weaker-ice conditions. A defining characteristic is the presence of shear-bands, which are the diagonal fracture patterns that you see. At this time, we can’t calculate the retreat rates associated with this failure of weaker ice-cliffs. However, our model simulations show us that failure will be quicker when occurring under these weak-ice conditions.

This all paints a pretty daunting picture. But no, we’re not doomed. Two primary reasons for this being:

Next steps in understanding ice-cliff failure and its impact

As all good science processes go, we now have further work to do! For one, we look to understand how ice-cliff failure could unfold at particular locations. One location that we are interested in is Thwaites Glacier in West Antarctica. This UK-sized glacier is vulnerable to ice-cliff failure and MICI initiation due to its placement over a reverse-sloping bed, which, we learned earlier, makes it susceptible to self-sustaining retreat through instability processes.

We also need to test our retreat rate parameterization in models that simulate the entire Antarctic Ice Sheet. There are going to be a number of factors and other processes to consider when doing so, so this will not likely be a straightforward step. It’s a very important step though, as ice-cliff failure could cause dramatic changes in the Antarctic coastline that comes with concerning repercussions for global sea level rise. Time to get back to the models!

Read the study by Anna Crawford and colleagues in Nature Communications here.

This blog was originally published by the EGU Cryosphere Division by T.J Young and Giovanni Baccolo, who are Early Career Researchers on the International Thwaites Glacier Collaboration. See the original blog here. 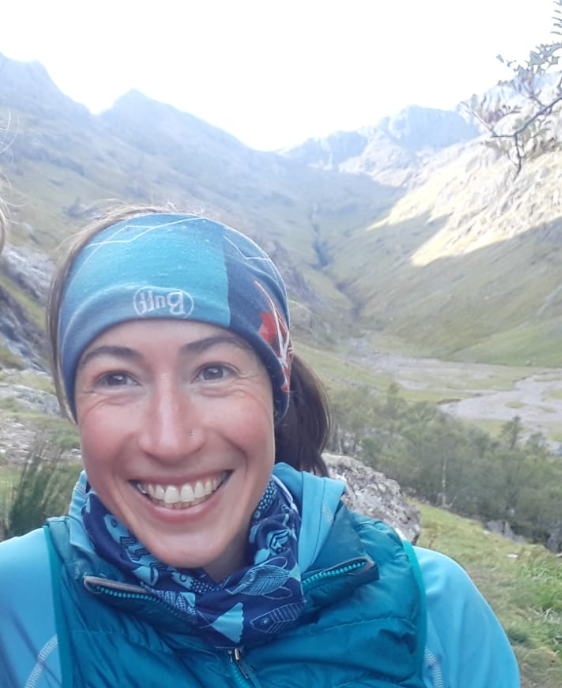 Anna Crawford is a postdoctoral research assistant with the International Thwaites Glacier Collaboration’s DOMINOS project. She is based at the University of St Andrews where she utilises Elmer/Ice and HiDEM in her investigations of the glacier calving and fracture processes that will influence the retreat of Thwaites Glacier in West Antarctica. Anna tweets as @crawfisha and can be contacted via e-mail through: ajc44 theATsign st-andrews DOT ac DOT uk