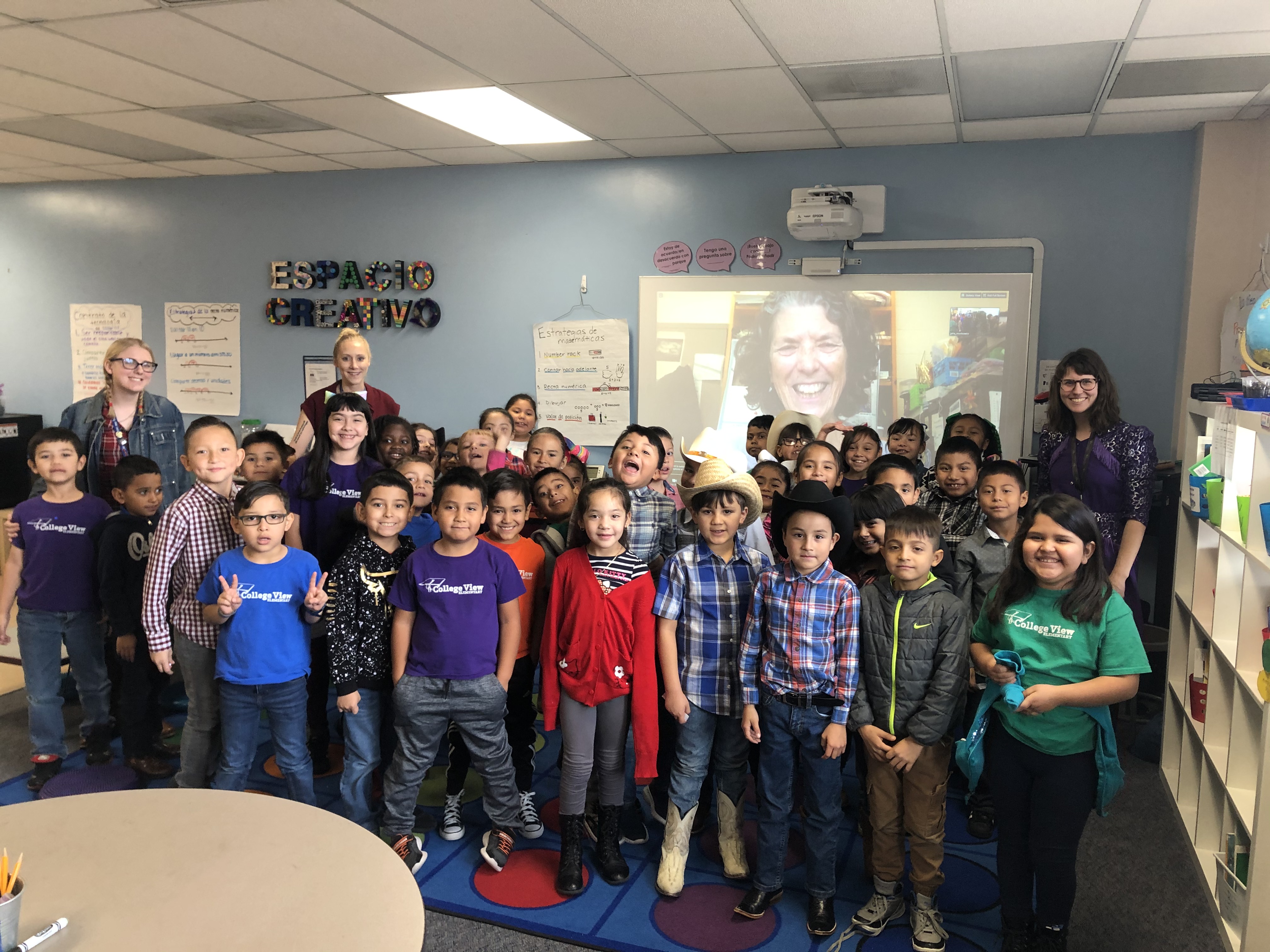 People are asking our scientists their burning questions about Antarctica! Here are answers to a select number. 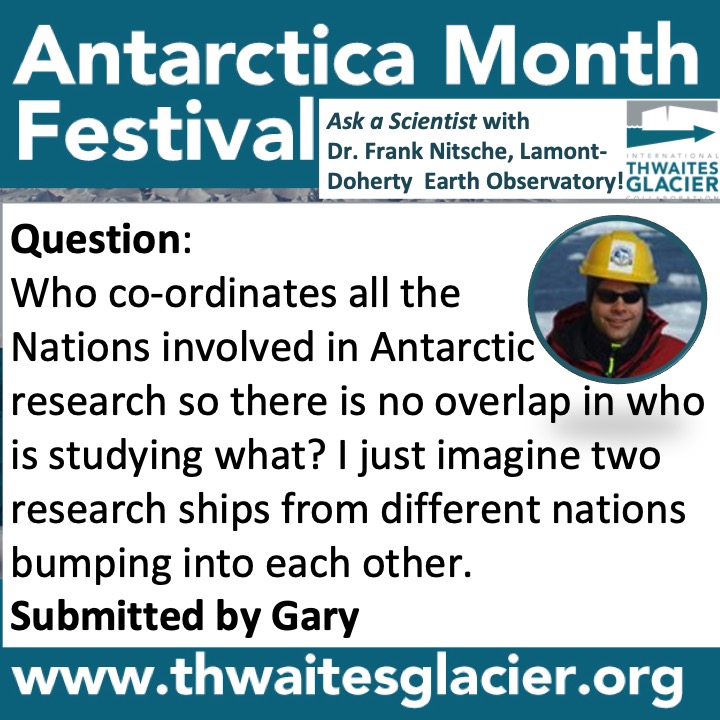 There is lots of international coordination and collaboration between different nations! While much of it is regulated by the Antarctic Treaty, different agencies manage different parts. For example the main group for science coordination is the Scientific Committee of Antarctic Research (SCAR). While much of the focus of SCAR is on the science directly, it also provides an important platform for scientists to talk together about upcoming plans and to coordinate projects. Researchers of the different ships can share directly their plans to try to make sure that their work is going to complement each other rather than duplicating work.

Knowing each other through the SCAR community and other meetings helps, however, it does happen that research ships end up going to the same area. Sometimes this is on purpose, but it can also be because the coordination didn't work as planned, or that the ice conditions caused a change in plans. It is important to note that planning and doing the science are often very different when working in Antarctica. Weather, and logistics play a large role in our work there. 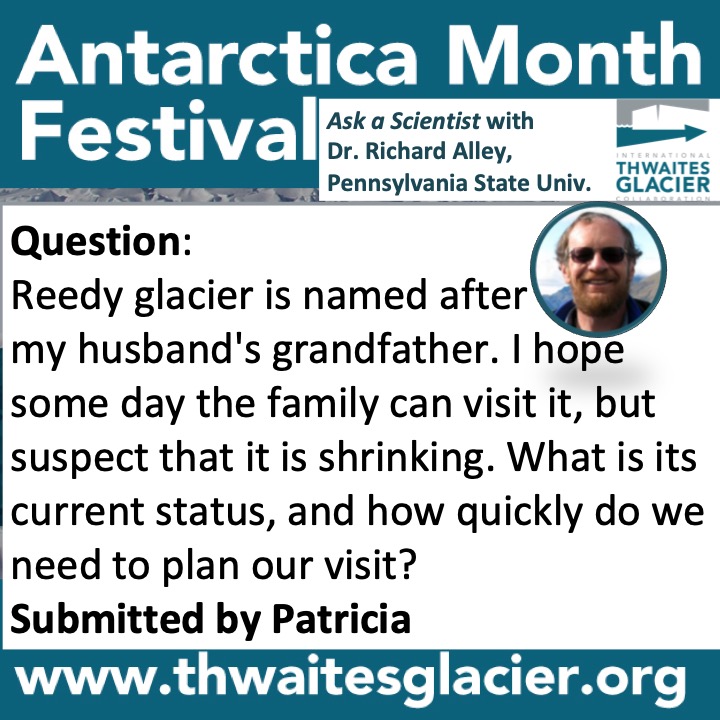 Wow, Rear Adm. James Reedy, USN, Commander of the US Naval Support Forces, Antarctica, 1962-1965! For now there is no need to worry about Reedy Glacier. Antarctica is losing mass overall, but Reedy Glacier (map) is well removed from the sites that are changing rapidly. Using this graphic interactive you can see that the regions losing mass do not include Reedy Glacier.

What is causing the overall ice loss in Antarctica? It is primarily from human-caused climate change, mostly because our greenhouse-gas warming has shifted the winds around Antarctica, which has affected the ocean, and this  has affected the ice. All these pieces are connected! Ice is constantly moving, flowing under its own weight. Where both air and water are really cold, ice that flows into the ocean typically remains floating but attached to the land. This thick layer of ice is called an ice shelf. Ice shelves are critically important in Antarctica. They push back against the land-based ice (we call this “buttressing”, much like a flying buttress helping hold up a gothic cathedral). Ice shelves thus keep the ice sheet bigger and the ocean smaller than if there were no ice shelves! But ice shelves are vulnerable to warming ocean water that can thin and melt them.

The ice mass loss you see in the linked graphic interactive has occurred in response to climate changes we have experienced.Our biggest worry is that the thinning at Thwaites will extend inland rapidly if we continue to warm the world, and remove the ice all the way to the downhill end of Reedy Glacier. This would raise global sea level ~3 meters. However, even then Reed would still be there, just steeper and ending in the ocean rather than the West Antarctic ice sheet! 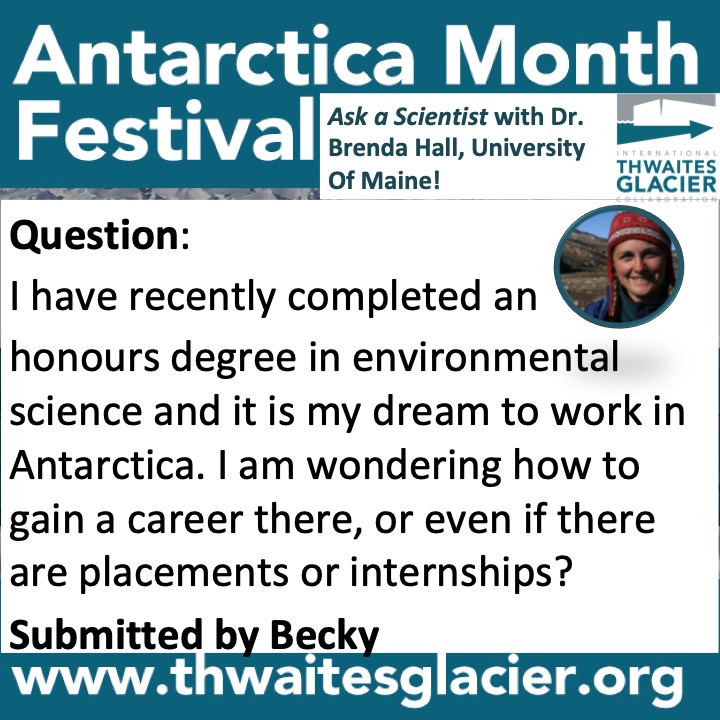 There are different career opportunities in Antarctica. This link explains some of the options in the US Antarctic Program.  If you are interested in doing science, this usually requires an advanced degree like a Masters or a PhD. Many people begin their science careers in Antarctica as graduate students. If you are not interested in an academic career, there are science support jobs in the Antarctic. Some of these involve doing science such as working in labs or managing laboratory facilities on station. However, most of the science supprt jobs in Antarctica are logistics-related and cover a wide range of fields. Many of these jobs are seasonal but they are one way to experience Antarctica and work around the science to see if it is truly your area of interest. There are stil other Antarctic-related jobs are at funding and science research support agencies like National Science Founsation (NSF) in the US, or National Environment Research Council (NERC) in the UK, both related to the funding of Antarctic projects. However, most of those positions have limited opportunity for travel to the Antarctic. 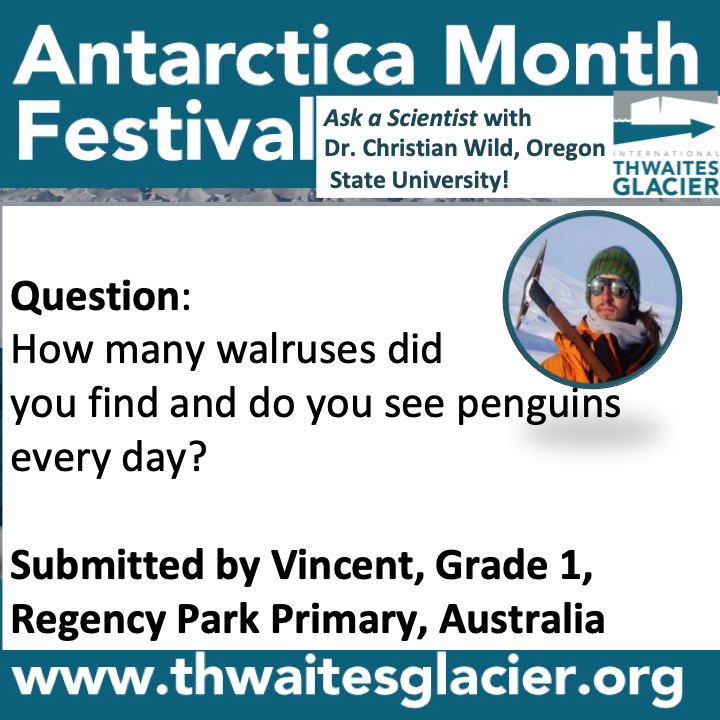 Walruses are fascinating animals - they have two prominent tusks, weigh up to 2000 kg (4400 lbs) and can dive to 500 m (1640 ft) on their hunt for shrimp/crabs and sea cucumbers. Although they hang out in cold water and warm up in the sun on sea-ice covered areas, we don't find them around Antarctica, because they only live around the North Pole. Similarly, polar bears also only occur in the Arctic, our planet's wild North. 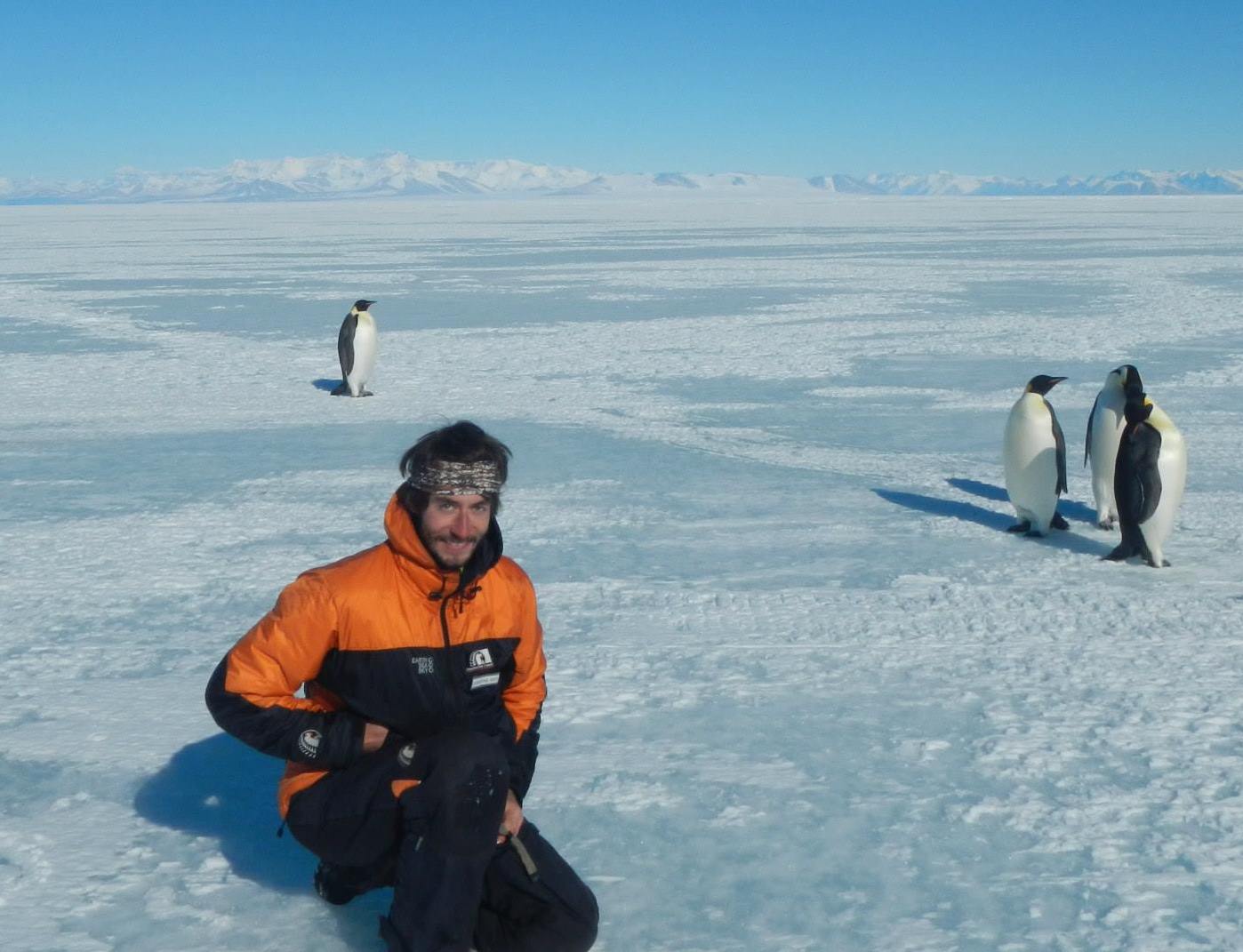 The closest animal to a Walrus that lives in Antarctica is called an elephant seal, but I have never seen one yet. Penguins, however, only live in Antarctica, and in regions along the southern tips of Africa and South America. There are also penguins living on the Islands of Galapagos in the central Pacific, which must have gotten there within cold ocean waters that have their origin in Antarctica.

To answer your question, I see different species of penguins (mostly Adélie and Emperors) almost every day in January, when the warm summer sun melts the frozen ocean's surface. During the Antarctic summer the penguins are more active, but in the winter months, the ocean surface remains covered by sea ice and the penguins that stay around the Antarctic continent are less active and visible. Here is a picture of me with a penguin when I visited Antarctica for the first time in my life - an unforgettable experience! Do you know what species this one is?  That’s right these are Emperors. 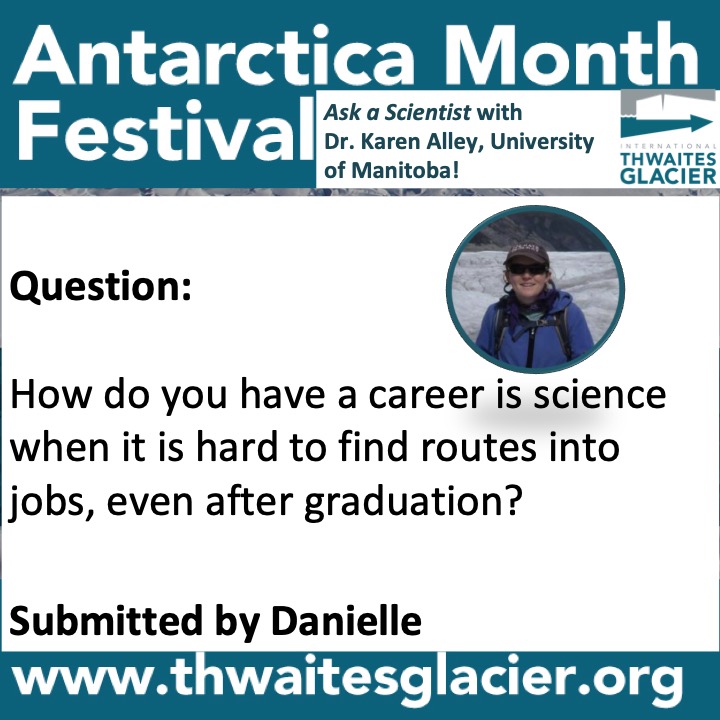 One of the really exciting things about working in science is that we're always learning new things and using new technologies! While there are many careers in scientific research, a science background also gives you experience with these new technologies, critical thinking and problem solving skills that will help you in many jobs. For example, my research relies heavily on images taken from satellites, airplanes, and drones. I study glaciers and ice sheets, but these same tools are useful in oceanography, geology, plant and animal biology, environmental sciences, and many more research disciplines. But they are also useful for farmers who want to track changes in their fields, miners monitoring progress, hydrologic engineers keeping track of water flow and dam safety, city planners deciding on future building projects, environmental consultants predicting and mitigating human impacts, and many more applications. You can see there are a wide range of applications for the various skills learned and tools you may have been introducted to in your studies. These are just examples from my work; in every scientific discipline you'll learn tools that can help with research but also with solving real-world problems on many career paths.